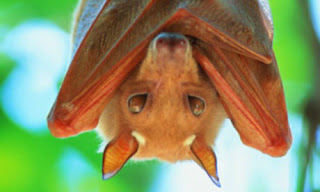 The craziness of this internet thing you're looking at has really set the bat's-arse among the fruit of the music industry during the past year or a few. We've an awful lot of crap acts dominating the (increasingly irrelevant) charts and both physical and digital album sales are in trouble... oh woe are the artists and, to a lesser extent, record companies as Bolivian marching powder maintains its already heady price. So how does a struggling muzo make brass amid the muck?

It seems tougher than ever for small acts to turn an honest coin, with much blame appearing to lie at the door of ill behaviour by casual consumers - illegal downloads, rubbish going viral, too many 'players' grasping after fame and fortune and not enough ears or hours in the day to filter the glorp and yield even a teenth of the good stuff on offer. It's a quagpile and is killing music, say commentators. But then, music pundits predict the death of music like Seventh-day Adventists predict the end of times, except pundits don't put a firm date on artistic Armageddon and ask you to surrender your wealth unto them.

Music appears to have been drawing its last breath since the 1960s, but there's still good, fresh stuff to be had if punters are prepared to dig. And, while the internet has encouraged any dick with a laptop to go bleep, perhaps MP3 some beats (yep, some people never get beyond beats) and promote by spamming social networks, the internet has made panning for gold that much easier, albeit more time consuming. 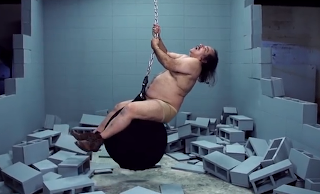 OK, so the artists gaining big traction these days appear to be American females willing to get near (or totally) nekkid while auto-tune grinds through the vocal, but audiences have never had such plenty of both good and shite. If you can block out the light reflecting from the nether regions of Miley Cyrus, Katy Perry and Lady Gaga, along with the swag of swinging Kanyes, titillating Thickes and the One Dimensions of this world, plus myriad discotheque jockeys who know how to press Play, alluring sounds abound.

We've a lot more music on TV and internet, along with scorching music-tech developments for those who'd rather be making waves than getting drenched - ie, people like me and, possibly, you. Sure, Spotify, Pandora, iTunes and the like do not want to see money being paid to artists when, for them, it feels more comfortable to have it streaming into their own coffers as the product streams across the wires. And the only way to get mega-buck traction is to get serious financial backing, which means taking the industry route of design-by-committee singles and yanking a heap load of strings.

PNEUMATIC TIRESzzz...
Pumping money into surefire-hit pap fronted by pneumatic, if yawn-some, young performers has been a staple of commercial music since well before The Beatles. Nothing major has changed trend-wise - the big hitters get richer while small acts get poorer. What we don't have nowadays is the filter of record company 'gatekeepers' deciding what gets heard, thanks to the ease with which one can release music online. And that means there's an unpleasant noise-to-signal ratio for punters that risks drowning out worthy, but destitute artists hungry for success.

From a musician's perspective, however, what matters is the definition of success. Industry types have it that top-selling singles are where it's always been at, with high-markup album sales working off the back of them and droves of fans paying top-dollar for live shows. Well, that may be success in commercial terms, but it's hardly indicative of artistic success.

Business-heads measure music's worth by profitability, ergo the readily saleable is obviously the pinnacle of musical achievement. Look at the songs reaching number one over the past few decades. Maybe even listen to some, but be careful lest brain damage results. Shit floats to the top in the commercial music scene - often formulaic tat offering the spiritual nourishment of TV evangelism. 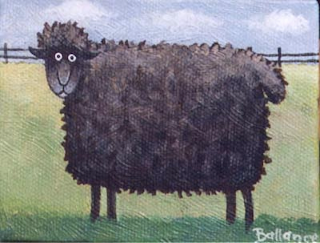 Sometimes, a gimmick will attract the public's interest, leading to such (in a just world) breaches of the Geneva Convention as Gangnam Style, the auto-tune-o-grind of Hey Brother, the jerry-built, juvenile, side-chained lurch of Stay The Night and that crowbar job, Baa-Baa Black Sheep - or some song that I used to know. If that's your bag as a muzo, go make like a twat. Invest in a shame bypass while about it.

If, however, music speaks to you more loudly than lucre, success can be found in making an artistic statement, or several, that is coherent, perhaps challenging, maybe breaking down walls (without a wrecking ball) to express what people really feel, or just transporting the audience to another place where life is better, or at least different. Making a living from doing such might be nice, but just doing it, and doing it well, is success.

As for thoughts on making that living affordable, forget short-term goals of being signed to a record company, publisher, or even a management company. The onus is on you to establish a direct relationship with fans and the internet is a screamingly effective tool with which to do it. I've many words to impart on this and will likely do so. Meantime, you could as ask yourself, very soberly, if your ambitions in music match your ability.

To make headway on your own terms, you've got to be better than competent; better than good; much better than what's already out there. To go places without the catapult of well-funded marketing takes epoch-making brilliance. Of course, if the material you produce is derivative and of average standard, but you've the looks and a willingness to make an arse of yourself, go ahead and join the queues of the deluded auditioning for (un)reality TV talent shows. I've little to offer you but derision for adding to the cesspool. 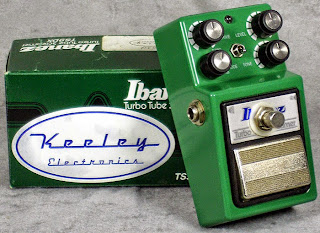 While you get on with that, I've got fuzzboxes and I'm gonna use them. I've strung together a bunch of Keeley-modded distortion pedals, have the Marshall on standby and feel the call of the wild thing. Let's add a red guitar, the truth and a curiosity to see if they can still make a difference in these musical end times that seem to be dragging on rather.
Posted by Unknown