The future of music: Fell times or foul? 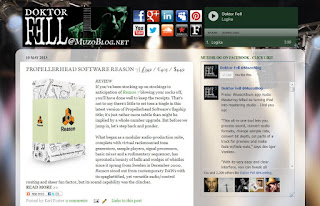 A busy Spring it's been here at The Surgery this 2013 and it's bringing welcome reward. I've numerous improvements to the studio either completed or in progress, a mass of song outlines accreting on iPad and in Moleskine, ever more articles posted to my music-tech blogazine MuzoBlog...

Pausing to reflect and post this update brings home how crazily busy the creation and promotion of music can get. But that's the lot of an independent muzo these days. For me, there's tell of Fell deeds to cast across social networks most every day. Numerous messages arrive via the wires and there's ever the pressure of figuring out visuals, from photo treatments to video storyboards, to keep folks' eyes amused. 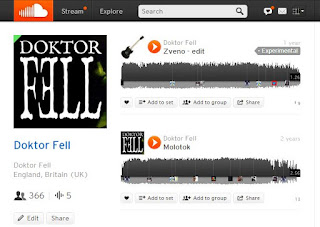 In fact, sometimes, just sometimes, I even write songs and work up other audio exercises for posting to ReverbNation, along with a host of other online outlets as they spring up. SoundCloud, Last.fm, Pinterest - heck, there's even a Fell profile on LinkedIn. Before the year's out, there'll be FellKlang on iTunes, Spotify and more, along with as loud a noise about it as can be hollered. 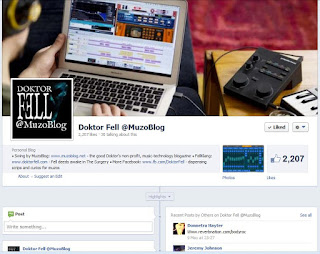 Doktor Fell @MuzoBlog is the Facebook Page I'm pushing right now. It carries music-technology stories of interest to recording and performing muzos. If that's what you'd like to see in your Facebook newsfeed, hit the link above and click the Like button at the top right of the page that appears. However, please make sure you're logged into a personal FB account when you do - Likes arriving from Band/Artist Pages don't count.

Anyway, with all the online effort, I'd blow a fuse if a tour was on the cards, so live performance can remain on hold for now. I know from long experience that keeping a creative team together and addressing audiences that don't know your stuff from Adamski can be an expensive, exhausting and potentially damaging venture.

In music, with the way the industry has gone in the past few years, hacking it live is more important than ever, but it does help to have both the budget and profile that music sales can bring. All too often, the venue's regulars just want a DJ playing dancey-dancey, or a cover band giving them what they know.

Expressing one's heartfelt angst in song in a licensed venue not only adds to angst, but can induce glassware to take flight. It's yet another music-biz catch-22: You must get out and play to build a following, but you need a following to which to play, lest the venue owner decides that those in attendance aren't sufficiently dedicated to blowing both their money and livers.

Some bookers have ditched the notion of the band getting the doortake, or percentage thereof, and insist you pay to play, which just stinks. "It'll be good exposure," they offer, to which the proper response is to ask them if they could set up and staff a bar at a house party round the band's place. There'll be a charge to do so, but it'll be good for the venue's exposure.

In other words, artists must refuse demands of pay-to-play, unless they want to help establish a precedent that'll let the rest of the side down. If there's budget, it's best put it into promoting recorded material by whatever other means. If a keen crowd can be built, venues will beg an act to perform to get fanatical bums on seats (ie, cash in the till).

Musicians will be up against DJs, of course, and this is where things can become rancourous. A DJ turns up with discs, or maybe a pre-loaded laptop, plugs into the house PA and - there's no getting away from it - plays other people's songs, one after another.

Even a cover band or tribute act has the overhead of transporting crew and kit, setting up, soundchecking, bounding around the stage while trying to remember the songs and then breaking down, sometimes in more ways than one, before heading home.

It takes rather more effort than just pressing play (as even Deadmau5 has been inclined to call DJ-ing) while clamping a headphone cup to one ear, bouncing on the spot occasionally and pumping an arm in the air when the beat drops. Not that the DJ's dropped the beat - that was done by a recording musician/producer in a studio.

Sure, there's some effort involved in jockeying discs. Choosing records can really induce a sweat, and playing other people's songs one after another while checking out the talent on the dancefloor requires a mind none too addled with comedy snuff. What gets my goat, feeds it curry and hurls the result in my face is the modern phenomenon of the mixtape.

First, it's very unlikely to be a tape - more a CD-R with media-marker scrawl on it. Second, it's not a mix as you and I might think of a mix. I used to imagine such a thing would be an inspired collection of remixes, deftly teasing out hitherto unrealised facets of well-known, or even obscure, musical material. But then the grim truth became apparent.

A mixtape is essentially a recording of - yes - other people's songs being played one after another. Upon a time, this was done using cassette-tape machines with a record function, sometimes strapping two together so the built-in mic of one could get a good level from the built-in speaker of the other. Now it's a rip, copy and paste job on computer. 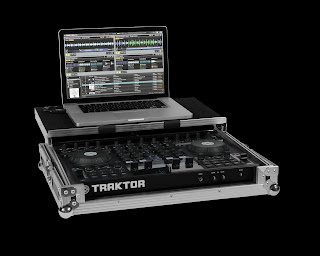 Some effort might be put into beat-matching, or possibly key-matching if the performer has a remotely musical ear (although Native Instruments Traktor, and the like, make matching up tracks a stroll in the park, even for those with narcolepsy). However, for all that, it's still playing other people's songs one after another.

I used to have a Fidelity record player with a spindle on which I could stack up to seven singles. As one finished playing, the arm would swing out of the way to let the next disc drop and then swing back to hit the lead-in. Basically, I had other people's songs being played one after another.

To really ram home the artistry of the modern method, the media-marker scrawl on the upper side of the disc does not credit the people who wrote and recorded the songs, but the dude who ripped, copied and pasted them together. Creating a mixtape makes sampling look like high art.

Is this where music is headed? Audiences that would rather jig to a DJ playing the danceable elements of the Top 40? People claiming to be artists because they can play other people's songs one after another? A generation thinking that music costs nothing because it can be freely downloaded via torrent clients, only accruing value when a mixtaper compiles someone else's songs to be played one after another?

To some minds, it may seem a reasonable assumption because the new, wetware breed of Fidelity Stackmaster, working either with decks or laptops, does seem to have cool threads, sexy bods in their beds, not roadies but humvees, burgeoning bling and no need to sing (rap'll do)... Er, no.

Populist acts have been fronted by overdressed marionettes since time immemorial (c1950s). It's often the back-room, not back-street, boys and girls who supply the writing talent and, if there's a fortune to be made, the talent typically takes it while the puppet ends up on a shoestring with an anxiolytic problem. Ain't nothing sadder than an MC hammered.

Of course, there are those that can both write and perform, the best of them deservedly becoming legends, but it's a hard slog. It doubtless makes my daily dalliances, with no immediate plan to tread the boards, look half-hearted. But then the industry has changed.

In some ways, as mentioned, it's for the worse. But in so many others, things are looking up. Recording, imaging and internet technologies make it much easier to get stuff out there. I'm pushing ahead with the new way of doing things in as savvy a style as I can muster and, day by day, the Fell word spreads.

However, in music, the barrier to entry is now so low that legions of glory seekers are having a pop. And if the impact of digital tech on desktop publishing and photography is anything to go by, you and I are facing the biggest shit tsunami that music has ever known. This is why it's wise to stick to higher ground (I'm talking principles, y'know) and hang on in there despite the ascending reek.

Whether a player, or just mad on music, get into it for the long haul and you can look forward to this 21st Century sea of slurry, aided by mindblowing tech, fertilising fantastical musical forms flush in vim and fume. I hope...

It could be that as a species, we'll fall victim to a novel coronavirus, or our clever-clever atom-bashing stunts will open up a black hole at CERN. Last week. Or a comet may come a-calling. Whatever happens, the show must go on, even if it is via YouTube, the infrastructure for which would likely survive a comet strike. Good old DARPA.
Posted by Unknown