Got an Android? Have an app for free from Fell

It's been quite a week thus far, so I'll pause to deliver a blogpost. Time has flown lately and a blog-break of more than two months is excessive.

Just yesterday I was helping out with my sponsor MuzoBlog's latest article: A closer look at software developer U-He's exceedingly capable analog synth emulation Diva, now at version 1.1 and a beaut of a virtual instrument. Have a read. Also, when you've a moment, follow up by visiting the MuzoBlog Community Facebook Page to drop off a Like. Your FB Page will get one back if it has a Like button, as will happen when you hit the button found at top-right of the Fell Facebook Page.

This week's main excitement for me is that the Official Doktor Fell Android App is, at last, live in Google's Play store - defo for a download, I say. It's a freebie for Androidoids and, if you're one such, a well cool thing to wave under mates' noses. Your handset gets a mobile feed to the Fell tracks posted on my ReverbNation profile, access to a gradually growing gallery of images, blog updates (which I'll be posting more frequently now that upgrading The Surgery is near complete) and... Well, install the app and find out.

It's a direct line to my adventures in 21st Century rock; a conduit you can share with other Android users within range of your device. I figure it'll be an excellent way to offer you my more 'out there' sound-design and compositional experiments that'll likely not see commercial release. You don't get that from too many artists.

I've no idea as to the quantity of stuff that'll arrive. And I've not yet made a call on issuing an iPhone app. Let's see how the Android thing goes, although you can register an interest in an iPhone version - just leave a contact email. Maybe an iOS app will be ready for the iPhone 5's arrival this autumn (aka fall), alleges Macworld UK this day. 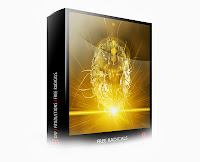 One thing I can confirm is that a selection of FellSwoops (my pet name for audio samples of my own creation) is to feature in music-software developer 8Dio's forthcoming instrument Free Radicals. Just waiting on an ETA for this Native Instruments Kontakt-based title, but if the online demo is anything to go by, Free Radicals will be one sick puppy. In a good way, of course. Have a listen for yourself...

As for new Fell music, a tranche of which will be for sale (I've got to recoup the costs of production somehow), I'll reveal more soon. Suffice to say that the weeks of toil put into overhauling and configuring my writing and recording studio were for good reason. Right now, I feel as though I'm standing next to a mountain. The Surgery's revamp is base camp as I get my chops together. To exactly what end? I'll let you know more next time.

Meantime, keep listening, do. My Facebook and/or Twitter blurtations are usually worth tracking (we're not at home to Mr Drivelly Spam) and dish up your own comment when inspiration strikes. Do svedaniya.